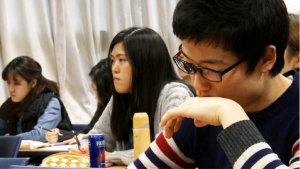 Teacher autonomy – which refers to teachers’ ability to develop their own curriculum and instruction – has sometimes been seen as a way to support teachers’ professionalism. However, in a recent conversation, Won-Pyo Hong, an Associate Professor at Yonsei University, described how teachers may not always see “autonomy” as a positive development. He talked with me about a study he conducted with with Peter Youngs, Associate Professor at the University of Virginia, titled “Why are teachers afraid of curricular autonomy? Contradictory effects of the new national curriculum in South Korea.” That study focused on teachers’ experiences with the new national curriculum (designed in 2009), which was supposed to allow for teacher autonomy. As Hong explained, the reality was more complicated:

“Policymakers insisted that granting curricular autonomy would provide more freedom to schools from the central controls and encourage them to develop varied curricula according to their local conditions and student interests. However, it needs to be noted that the curriculum revision in 2009 was made under a conservative government who pursued a market-based approach to education reforms. So, the curricular autonomy embedded in the 2009 national curriculum had conveyed dual meanings; on the surface, it seemed to empower teachers by giving more curricular discretion to individual schools. On the other hand, it reduced government interventions over curricular issues which could cause competition among schools and widen the gap between schools of poor and better conditions in terms of the quality of school curriculum.”

While the prior curriculum presented a sequence of study in each content area and grade level, the new curriculum set a total number of instructional hours for a given subject over three years. Additionally, the number of subjects that a school could offer was reduced to eight or less in a semester (down from ten), and schools were encouraged to offer intensive courses. As Hong explained,

“if a school previously offered both music and visual arts for an hour per week throughout the year, now it had to make a semester-long course to offer only one subject per semester. This change was made to reduce students’ workload and thus make learning more engaging and comprehensive. Schools were also allowed to reduce or increase the number of instructional hours for each subject up to 20% in general schools, 35% in self-managing schools designated by provincial authorities. This was quite a substantial change, as it was the first time that trade-offs became possible across the subject areas. For instance, schools were allowed to teach more hours for a certain subject area as long as it maintained the total number of instructional hours by reducing hours assigned to other subjects. Therefore, teachers in a school were required to work together to determine how to adjust instructional hours across the subject areas, considering the local context and student needs.”

Hong and Young found that when autonomy was built into the curriculum the teachers questioned its authenticity, as they felt that the autonomy had been provided as an expectation, rather than obtained through their own efforts. Hong explained that another notable finding was that “teachers worried that schools would abuse the given autonomy to teach major subject areas more often, further marginalizing other subject areas. This is because student performances in Korean, English, and math carry the most weight for the college admission process, thus becoming primary concerns for parents and students.”

As a result, Korean teachers did not feel more empowered as the autonomy felt artificial. The authors noted that “curriculum scholars need to examine more closely when and how teachers’ curricular autonomy promotes positive results in practice.” They also noted that teachers who participated in the study felt that autonomy was impossible when subject area content standards remained unchanged.

While the current government in South Korea is pursuing a new revision of the national curriculum, one that focuses on cross-disciplinary thinking, attention to teacher autonomy is quickly waning. As Hong explains, the Korean cases illustrates some of the complexities of government-initiated curricular autonomy and raises questions about what it might take to support teachers’ autonomy in productive ways.

Teacher autonomy around the world

The conversation about teacher autonomy in South Korea was particularly interesting given recent interest in issues of teacher autonomy in a number of different parts of the world. In the US, in particular, the word “autonomy” is used frequently to describe what some educators believe is lacking in the teaching profession today. For example, recent Global Teacher prizewinner Nancy Atwell, noted for her innovative and playful pedagogy, has called for a more “autonomous, creative and thoughtful” approach to teaching, which she fears is now impossible in U.S. public schools. Atwell caused a bit of a stir online when she said, “If you’re a creative, smart young person, I don’t think this is the time to go into teaching unless an independent school would suit you.”

In addition, this past month NPR in the US presented a series in which they focused on the teacher pipeline, noting in one segment that enrollment in teacher training programs is down as much as 50% in some states. The reporters followed up in another segment with Richard Ingersoll, a Professor of Education and Sociology at the University of Pennsylvania who has studied the topic of teacher retention for decades. As Ingersoll explained, his research has shown that the problem of teacher retention is related to teacher autonomy, and few opportunities for teachers to have “input into the key decisions in the building that affect a teacher’s job.” Ingersoll says, “One thing we’ve found is that the shrinking classroom autonomy is now the biggest dissatisfaction of math teachers nationally.”

Similar concerns about teacher autonomy have been echoed in news reports from around the world as well. For example, one report from Canada decries the country’s lack of support for teacher professionalism, and provides a comparison with Holland, Finland, Switzerland and Japan; teachers in British Columbia call for greater control over their own professional development; leaders of the Labour Party in the UK have criticized what they see as an ‘exam factory’ approach to schooling, and call for more teacher autonomy; and, a new national curriculum in Wales has been designed to allow for teacher autonomy. However, is everyone talking about the same thing?

One report from Hong Kong presents an example that shows that when “autonomy” is linked with “professionalism,” it can mean that teachers are expected to become stakeholders in their schools. The South China Morning Post writes that since Hong Kong introduced a school-based management policy, teachers must “participate in groups such as student academic affairs and pastoral care committees to help keep the school functioning effectively.” The article goes on to commend these changes, but it also notes that in other countries teachers might expect to be compensated for these additional responsibilities – rather than have them incorporated into a newly defined “professionalism.”

In another article from the UK, Labour Party leader Tristram Hunt criticizedwhat he called the “exam factory” approach to schooling, and called for changes from the “bottom up, ‘through giving teachers and school leaders the freedom and autonomy to deliver an exciting education.’” However, as with much of the discussion on teacher autonomy, there is little attention to how teachers and schools interpret what the term “autonomy” means, and/or what it is that teachers and schools want to do, or will be expected to do, with this autonomy. Will teacher autonomy lead to the excitement and innovation that many hope for? Or, will it leave teachers alone to address the needs of the students and the community? For example, in Shanghai, teachers are expected by parents to prepare students for high stakes exams. As one article explains, student performance on such exams is so important that parents are willing to attend school with their children so that they can learn the material and reinforce it at home. Lacking support, teachers might feel pressured to do more of what they feel they need to do, which might be more test prep.